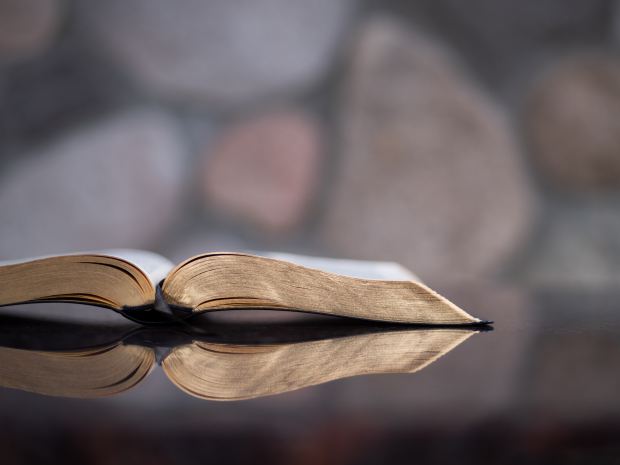 This is the last entry in our series on “How Did We Get The Bible?” It has been fascinating to see how God used the Jewish scribes to accurately preserve the Old Testament, and God’s hand in preserving the New Testament as well. It is estimated that between 4000 and 6000 handwritten copies of the Greek New Testament have been discovered today, not to mention thousands in other languages. Some of these are entire Bibles, while others are books or pages. Some of the oldest fragments can be dated back to as far as AD 130. So the question is, how close are they to the Bible we have in our hands today?

Bible scholars and experts who have examined these ancient manuscripts conclude that although there are variations between some of the manuscripts, the vast majority of the variations are relatively insignificant, such as updated spellings, syntax, and misspellings that do not affect the original content. Only five variations have ever caused a concern, and each of these is typically noted in your Bible footnotes. And no major doctrine is in dispute in any of these variations. (The passages are Mark 16:9-20, Luke 22:20, 43-44, 23:24, and John 7:53-8:11.) Nonetheless, Bible scholars agree that what we have in our Bibles today contains in essence the same content as the early manuscripts written almost 2000 years ago.

It is exciting to see how God continues to confirm the accuracy of His Word even in modern times. From 1896 to 1906 numerous papyri manuscripts were discovered in Egypt and other sites. Papyrus comes from a river plant called cyperus papyrus and was specially processed to be used as a durable writing material by the ancient Egyptians. Many of the papyri discoveries contain portions of the New Testament, and these fragments have been helpful in confirming the text of other biblical manuscripts and provide information about the historical context of the New Testament.

The oldest existing New Testament fragment is the John Ryland Papyrus, which dates to AD 125 to 150. One of the neat things about this fragment is that is lets us know that the Gospel of John was read in Egypt (far from where it was written in Asia minor) within 50 years of John’s writing of it. The Chester Beatty papyri, dating to about AD 200, are almost as old as the John Ryland Papyrus and are more extensive. They include portions of the Gospels and the book of Acts, the letters of Paul including Hebrews, and the book of Revelation.

Discoveries for both the Old and New Testament continue to unfold. In May of 1975, workmen making repairs in St Catherine’s Monastery in the Sinai Desert discovered a walled-up room containing 70 boxes with some 3000 manuscripts. Many were nonbiblical, but there were a few leaves and fragments from Codex Sinaiticus among the discoveries. Codex Sinaiticus (originally found in 1844 by Constantin von Tischendorf) is the oldest complete copy of the New Testament, although only portions of the Old Testament survived—because monks used pages from the manuscript to light their fires in the 1800s! The Codex Sinaiticus dates back to AD 350. The word codex means “book.” The Christians were some of the earliest writers to use the form of a book instead of scrolls. This is one case where Christians were on the cutting edge of technology!

More recently, in the summer of 2007, a team from the Center for the Study of New Testament Manuscripts (based in Dallas, Texas) traveled to the National Archive in Tirana, Albania, hoping to photograph 13 biblical manuscripts (including some dating back to the sixth century). Not only did they find the 13 manuscripts that they were looking for, but they also discovered 17 other manuscripts that were thought to be lost. They also found an additional 17 that were previously unknown to the scholarly community. They continue to discover more manuscripts all the time.* The accuracy of God’s Word continues to be strengthened and confirmed with each new discovery.

As more and more biblical manuscripts are discovered, scholars are able to continue to learn more about the biblical text we study. Biblical and classical scholar Frederic Kenyon wrote, “It is reassuring at the end to find that the general result of all these discoveries and all this study is to strengthen the proof of the authenticity of the Scriptures, and our conviction that we have in our hands, in substantial integrity, the veritable Word of God.”** My friend, if we know that this Bible we have now contains the very words of God, shouldn’t we be willing to build our whole lives on it? How can we ignore or brush aside the holy words of Almighty God? Our response to knowing the accuracy of the Scriptures can be nothing less than to listen, learn, and obey.

* You can view some of their latest discoveries online at www.CSNTM.org. I encourage you to visit their website and see some of the photographs of early manuscripts. It’s fascinating!

Photo by Aaron Burden on Unsplash